Energy Codes set minimum efficiency requirements for new and renovated buildings, assuring reductions in energy use and emissions over the life of the building. Code buildings are more comfortable and cost-effective to operate, assuring energy, economic and environmental benefits.

In cove.tool, the project's energy code is automatically selected based on building location. Each of the states in the US has adopted a specific version of ASHRAE 90.1 or IECC standards. Also, some states comply with their own energy code that they have developed. The selected code will load all the prescriptive inputs (envelope, lighting, etc.) based on the codes. Other inputs that are not specified by energy codes are based on industry-standard practice, ASHRAE User's Manual, and the PNNL Prototypes.

The map below, shows the default energy codes that have been adopted by each state. The energy codes are sourced from the states official website. Some of the states including California, Vermont, Seattle, and New York comply with state-specific codes. 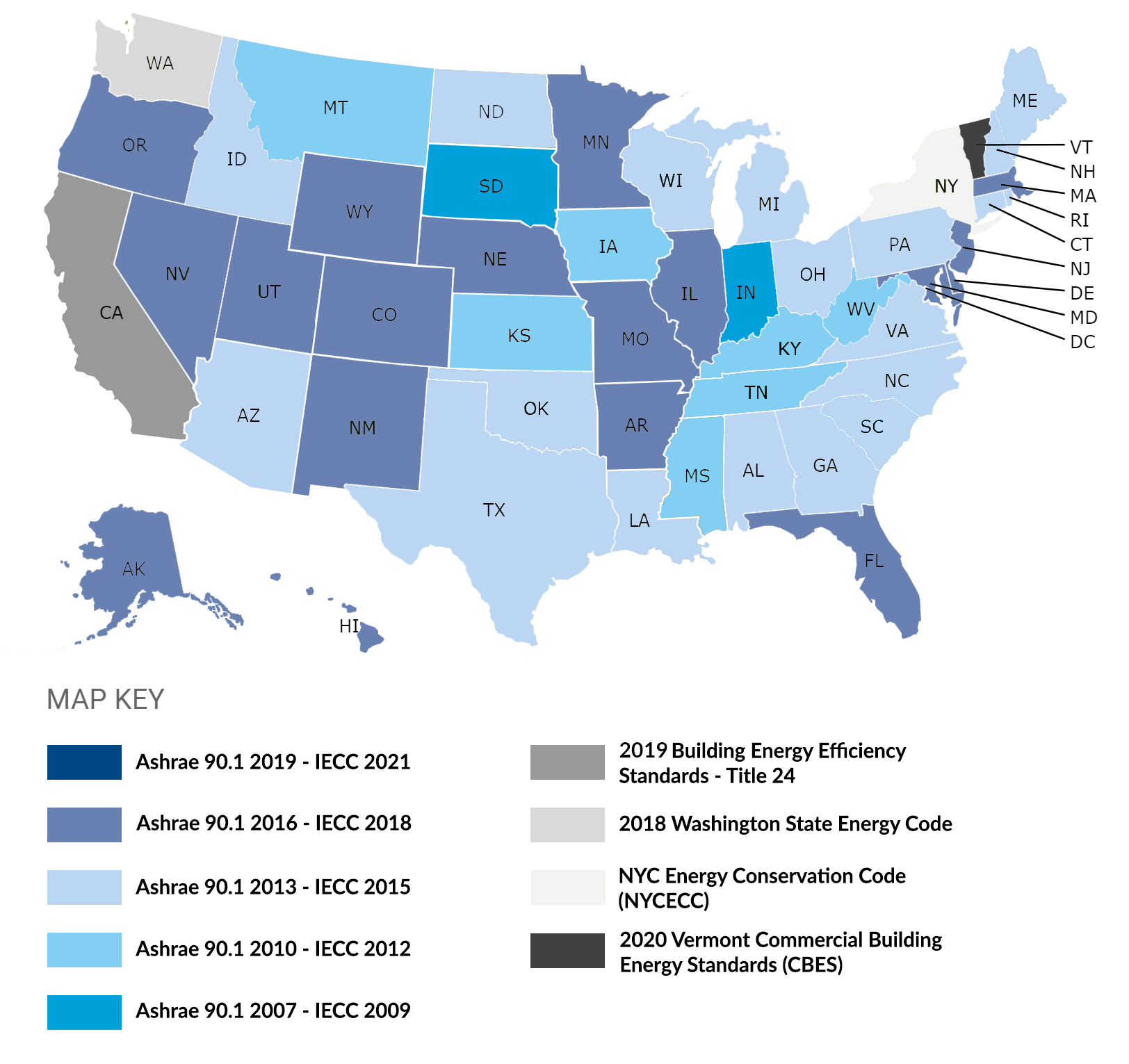 The states that are listed below currently are complying with older versions of ASHRAE 90.1. However, cove.tool picks the planned updated code.

While the selection of energy code is automated, users are able to change the energy code from the code menu on the project info page. The following is a complete list of energy codes and guidelines supported by cove.tool. Not all these codes are listed in the menu. However, by entering the location, the proper energy codes will be selected and appear on the list.