All Collections
Certification, Codes, & Standards
Energy Codes (US Domestic)
What is ASHRAE 90.1?

ASHRAE Standard 90.1 Energy Standard for Buildings Except Low-Rise Residential Buildings is a continuously maintained standard published by ASHRAE and jointly sponsored by IES and ANSI. That standards is used by many states, municipalities and other agencies as the energy code requirements for buildings. Note that ASHRAE 90.1 is not a code in its own right and only applies as code when a government body makes ASHRAE 90.1 a requirement through legislation. Here is a look at which states have adopted ASHRAE 90.1 in one form or another as the local energy code.

The original standard was named ASHRAE 90 in 1975 and updated slowly with new technologies until 2001 when it shifted to a continuous maintenance schedule with major publications occurring every three years. The purpose and scope are best described by the standard itself: 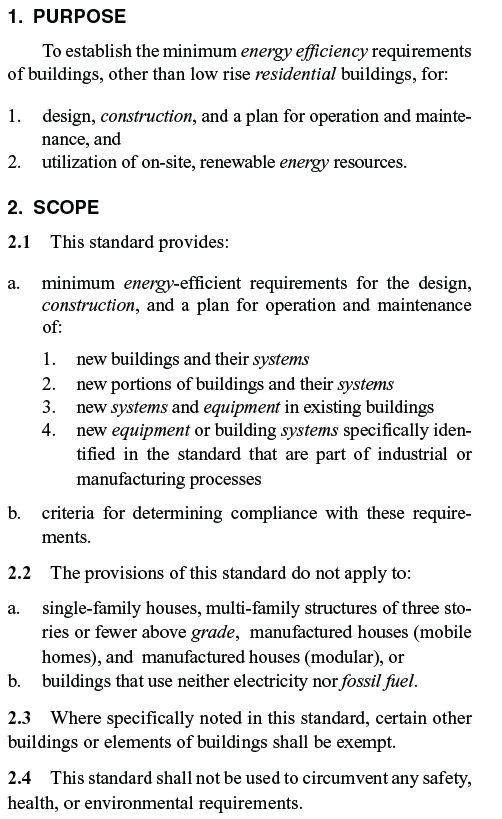 ASHRAE 90.1 has been a benchmark for commercial building energy codes in the United States and a key basis for codes and standards around the world for more than 35 years.

Find out more about ASHRAE 90.1 here.