This article explains why the energy inputs are aligned with ASHRAE 90.1 standard and how do they fare compared to the International Energy Conservation Code (IECC)

Our inputs are based on engineering best practices for that location and code and maybe slightly different than the model IECC code. The goal is to create a realistic model. The main differences between the IECC and ASHRAE 90.1 are inputs like Lighting Power Density (LPD), Equipment Power Density (EPD), and sometimes equipment efficiencies. Engineers may want to modify these inputs based on their experience.

For more details about energy codes within cove.tool, please reference this article: Performance and Prescriptive Path for Building Code Compliance. 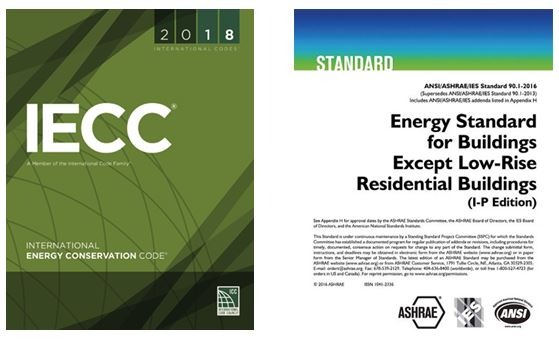 Building energy code cycles are continuously improving, with a new iteration released every three years. Every consecutive version of these codes has helped raise the energy performance bar for buildings over the years. The graph below depicts the progress made by building energy codes through 2012. As well as showcasing the similar end-goals of both items. 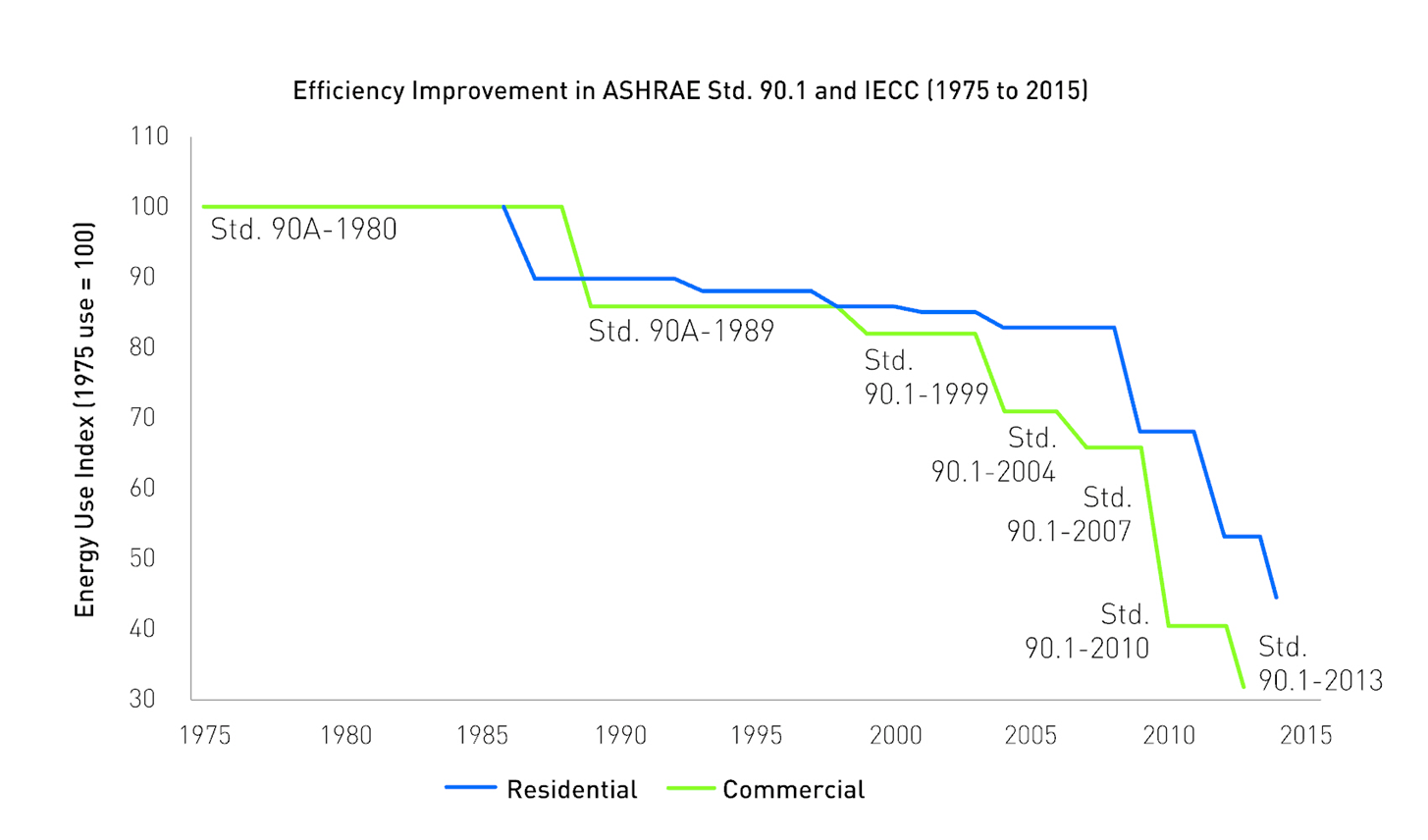