This article compares the Lighting Power Density (LPD) variation with energy codes and their impact on EUI for Education building type.

Building's interior lighting is a dominant consumer of electrical energy and a major source of internal heat. Maintaining an appropriate lighting level (which varies by the task being performed in the space) is critical to ensuring occupant comfort. Standards like the WELL building standard also lay out the positive health benefits of maintaining lighting amount and tone/color. Since lighting has a major impact on the building energy performance, and the occupant performance, it is critical to balance out the amount of lighting and the products. With thousands of products in the market, each at a different price point, energy use intensity, color rendering index, here is a case study of a project, where the lighting designer was able to get to a reduced lighting energy use, while meeting the design and aesthetic considerations within the project budget. 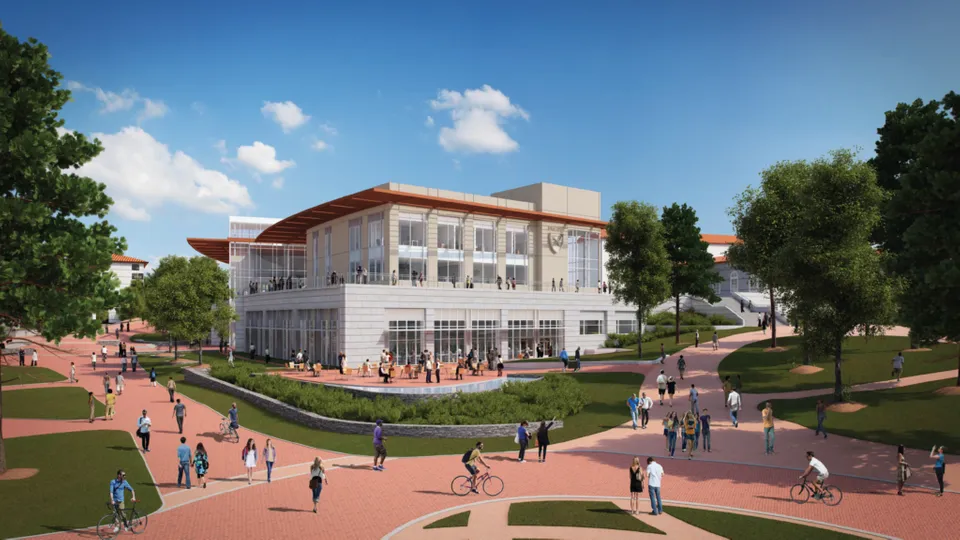 The baseline for lighting design for Emory CLC is based on ASHRAE 90.1 2010 version. While the prevalent energy code in Georgia allowed a high Lighting Power Density (LPD), other energy codes across the country and world allowed for a much lower LPD. This meant, that building were being designed in other parts of the world while meeting the comfort and budget requirements and using a lot less energy. This lead the team to compare the baseline to the maximum allowable Lighting Power Density (LPD) from ASHRAE 90.1 2016, California Title 24 2019, and National Energy Code of Canada for Buildings 2015 (NECB). For the analysis, the "Education" category was selected to determine the impact on lighting Energy Usage Intensity (EUI). Following chart shows the chosen LPD values: 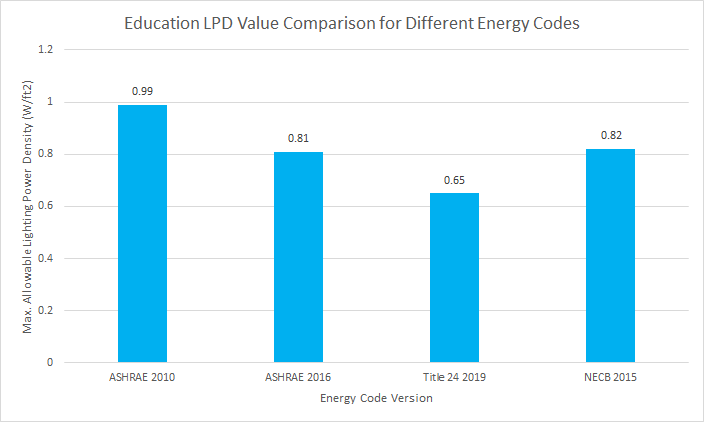 The analysis showcased that simply by utilizing the LPD requirement as laid out in the Title24 energy code allowed the team to save upto 6 kBtu/sf/year, which is equivalent to 14 additional tonnes or carbon emissions or 2 additional truck loads of glacial ice from melting. The integrative team feature in cove.tool allows teams to invite their lighting designer to collaborate on the design and get the maximum performance benefit without impacting the budget by making changes in later stages of design.