Lighting is one of the major contributors to the internal heat gains of the building. Most energy codes set the maximum amount on lighting energy consumption in terms of 'Lighting Power Density (LPD)'. Cove.tool automatically loads the defined maximum LPD when the user selects the energy code from the 'Project' page. This is based on an area weighted average of your building type and code version applied to a PNNL Prototype Building.

Lighting (Occupied Hrs): This is an automated input by cove.tool based on the maximum LPD value. This value varies based on the building type and the energy code version.

Lighting (Unoccupied Hrs): This is an automated input by cove.tool which is determined after the calibration of the models with respective Pacific Northwest National Laboratory (PNNL) building prototypes. 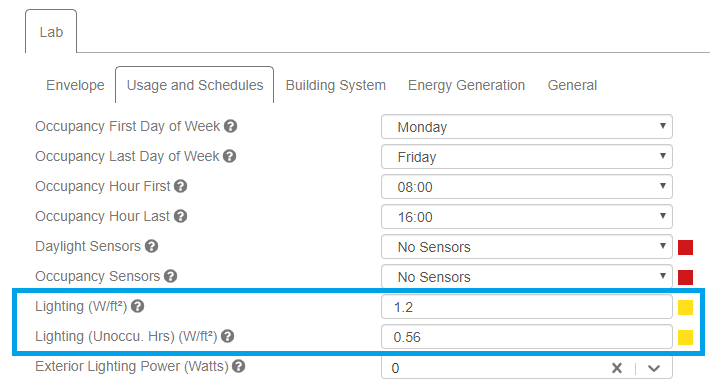 Here are some rule of thumb numbers for particular use types. If you have multiple uses in the space use an area weighted average to get the overall LPD. Try to use LED lights to go lower than the below numbers and be sure to ask the lighting designer to lower their lighting as far as possible. These are very conservative assumptions. 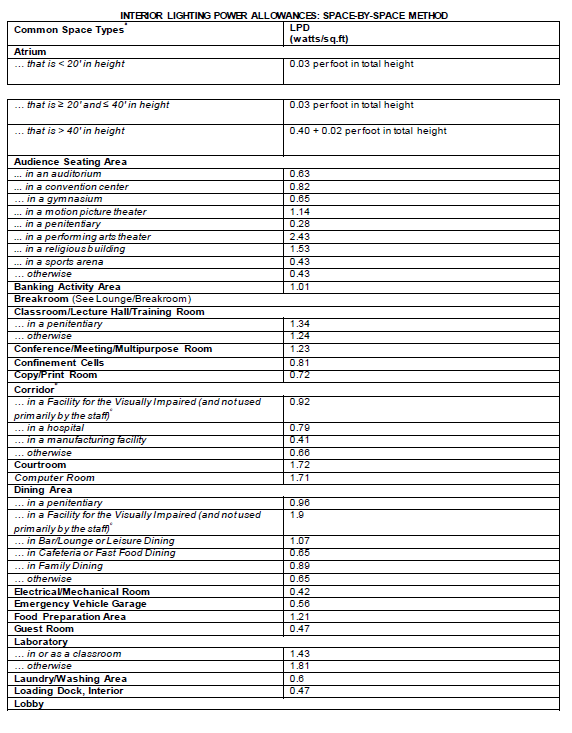 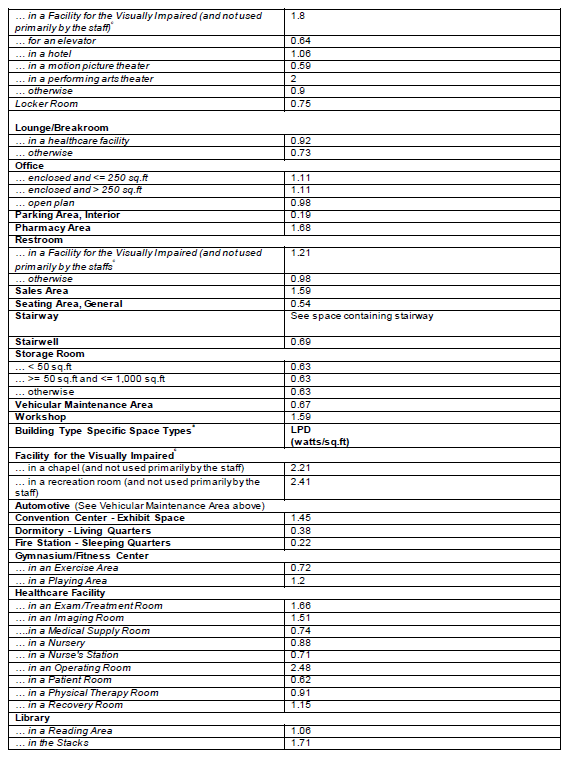 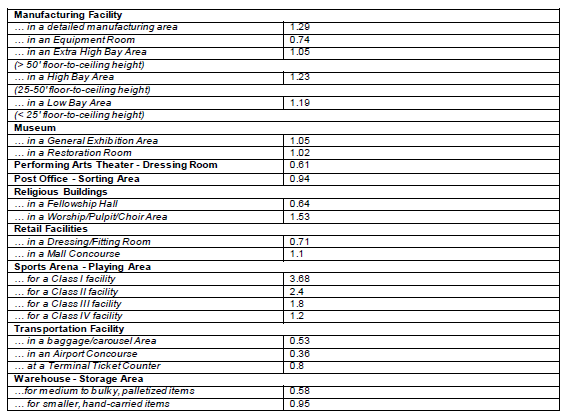