Usage and Schedules for Single-Family Homes and Apartments

Written by Daniel Salinas
Updated over a week ago

There are two ways that schedules for single-family homes and apartments can be set within the platform, depending on the type of analysis being done:

What makes single-family homes unique is that, unlike commercial buildings, they're always assumed to be occupied to some degree, and their schedules seem to have an inverse relationship to that of other building types. Additionally, although there is a recommended default occupancy schedule (shown below), the household type and nature of the home's inhabitants will determine what the actual occupancy will be like, so it's important to work closely with the homeowner to determine how to best model their home's operational schedule.

The defaults and recommended schedules for single-family homes within the baseline energy page are shown below: 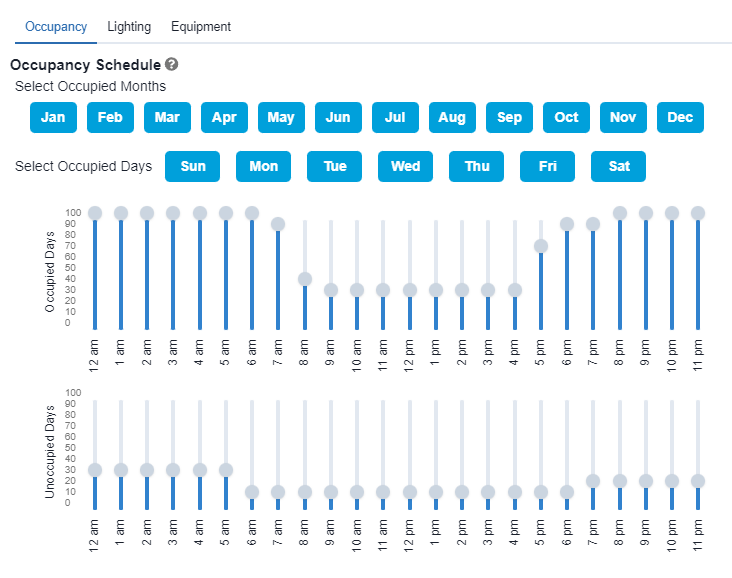 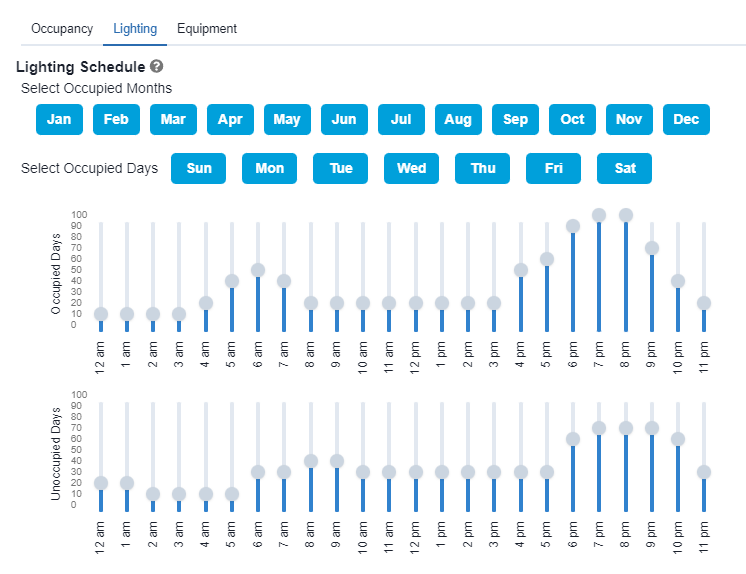 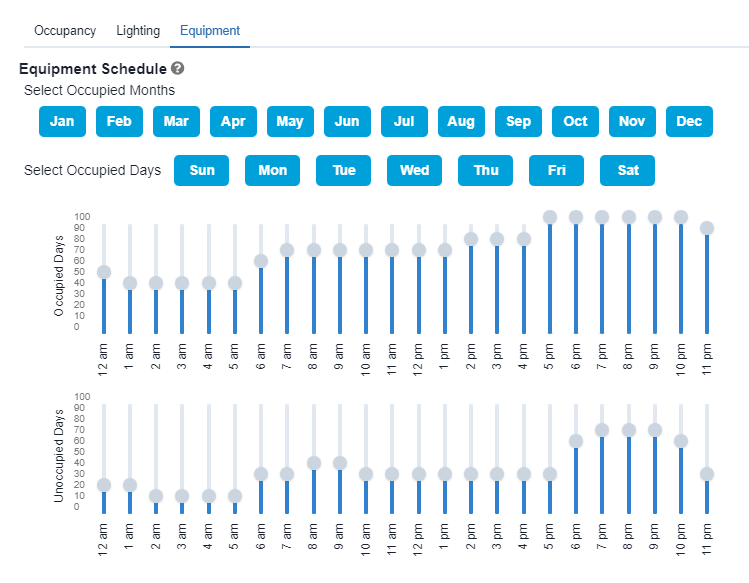 According to a research paper sponsored by the US Department of Energy (DOE) Office of Scientific and Technical Information (OSTI), titled Typical Occupancy Profiles and Behaviors in Residential Buildings in the United States, occupancy schedules developed for a range of household types and occupant age ranges using 12 years of data from the American Time Use Survey (ATUS), exhibited similar patterns to currently utilized residential occupancy schedules.

However, differences were also found to be as high as 41% for certain periods of time. Considering the energy performance of a residential building is highly dependent on occupants’ presence or non-presence in a building and their interactions with energy-consuming appliances, it is very important that the selected occupancy schedule is representative of actual conditions in the home.

Therefore, we recommend starting with the occupancy schedule provided above and then meeting with the homeowner to discuss specifics of the family's size, age distribution, and behavior, which might give you some insight on how to adjust the schedule (using the results from the research paper linked above) to be more specialized to their situation.

The number of occupants in a building has an impact on its energy use, so it's important to determine what the average occupancy for the home is, not just in the immediate future, but even 10+ years down the line, especially if the homeowner is thinking of growing their family or plans on frequently hosting others in their home.