The default R-values for roof (assembly) are referred from:

Since there are different types of material assemblies for roof which would affect what value would be used to determine the automated value, cove.tool makes that assumption for the users based on Pacific Northwest National Laboratory (PNNL) building prototypes.

For example, if your project (Hospital) is in Atlanta, GA (ASHRAE Climate Zone 3A) and the energy code selected is ASHRAE 90.1 2013, the automated roof R-value (Insulation Entirely above Deck) can be seen highlighted in the image attached below: 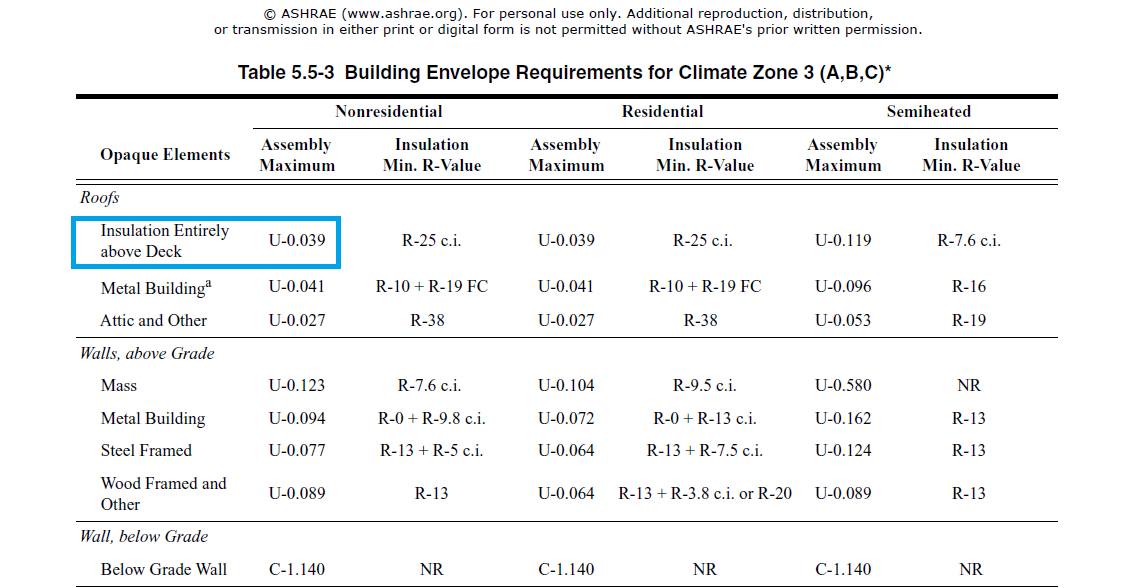 In an energy model, Roof objects are defined as the insulated top surface of a conditioned space that protects against solar radiation and heat gain. Roofs are part of the thermal envelope, therefore ceilings should not be considered roofs unless they are not exposed to the outside environment. The roof object for cove.tool must only depict the cap of a thermal envelope and not expand beyond the conditioned space. For example, a canopy, cantilever, overhang, or balcony, would not be considered roof objects even if they do have identical construction properties. Instead split these elements, and export them as shading devices. 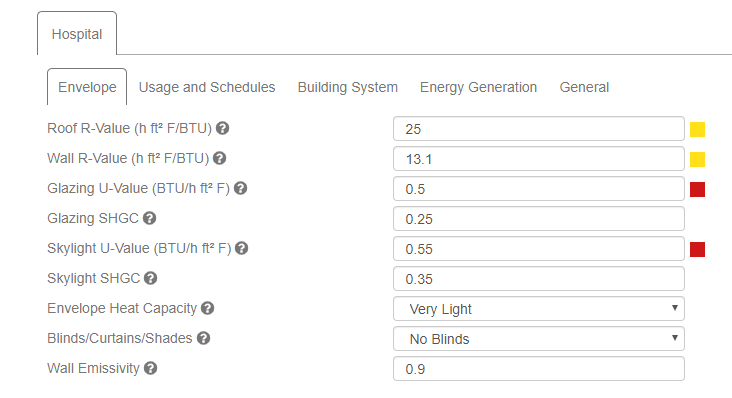