The building occupants are an important source of heat gain. Different buildings have different occupancy rates based on building use type and the activity involved. The default occupant density (occupied) values are taken from ASHRAE User’s Manual Table G-C. cove.tool converts these standards (ft2/m2 per pple) to Total Occupant (#of pple) value based on your building's floor area (ft2/m2). This change allows users to now enter FTE to best indicate building operations.

If a building is completely empty during unoccupied hours then input the total square footage of the building in 'Total Occupants (Unoccupied Hours)' tab to reflect that. 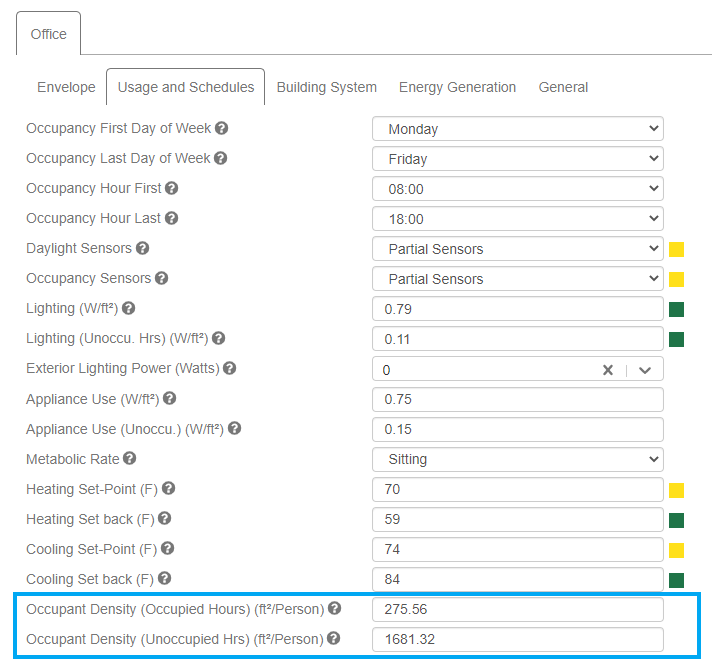