A variable speed fan motor was originally, and still is, designed to eliminate the discomforts caused by on/off part-time heating and air conditioning. Variable speed fan, as the name suggests, can run at different speeds and save a lot of fan energy as compared to the fans which have no speed control measures. Inlet blade adjunct option is available to simulate the partial control over the fan speed.

Therefore, the order for efficient fan control measures would be:

Cove.tool is referring standard NEN 2916 for the calculation of Fan Flow Control Factor. 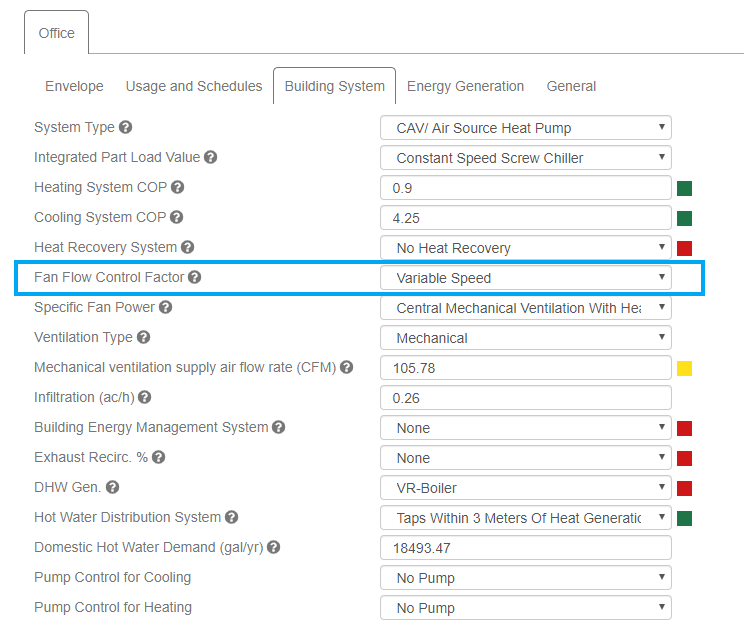