In drawing.tool by default the y-axis defines North-South for the project when drawing the building. When looking at the drawing.tool grid North will be up the page, and South will be down the page (towards where the grid ends). North can also be seen via the North arrow in 2D and 3D view.

The project orientation can be adjusted directly in the drawing.tool via the Default Settings:

In loadmodeling.tool, the Project Orientation input can also be edited if not already done in drawing.tool. The input will rotate the building the entered number of degrees East from the north Access. Another way to visualize this is the input rotates the simulation engine's North axis counterclockwise relative to the drawing.tool model y-axis.

Below is an example of how a 20-degree rotation looks in the settings, drawing.tool, and in the OpenStudio export:

You can find the Project Orientation input in the Simulation Settings page. 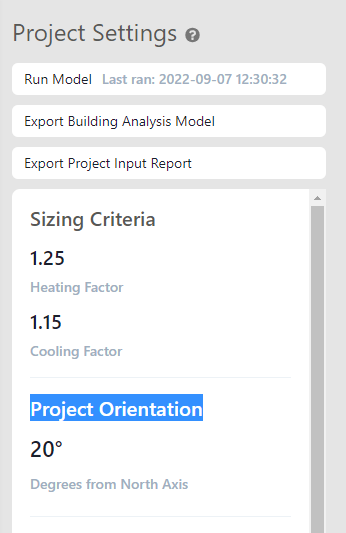 The Project Orientation input in the settings will not rotate the grid or your building visually. Rather the north direction is displayed via the North Arrow which can be verified in the upper-right corner of the screen. 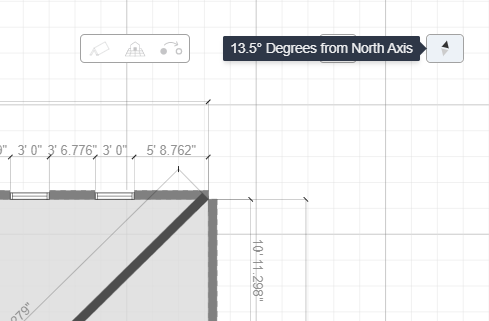 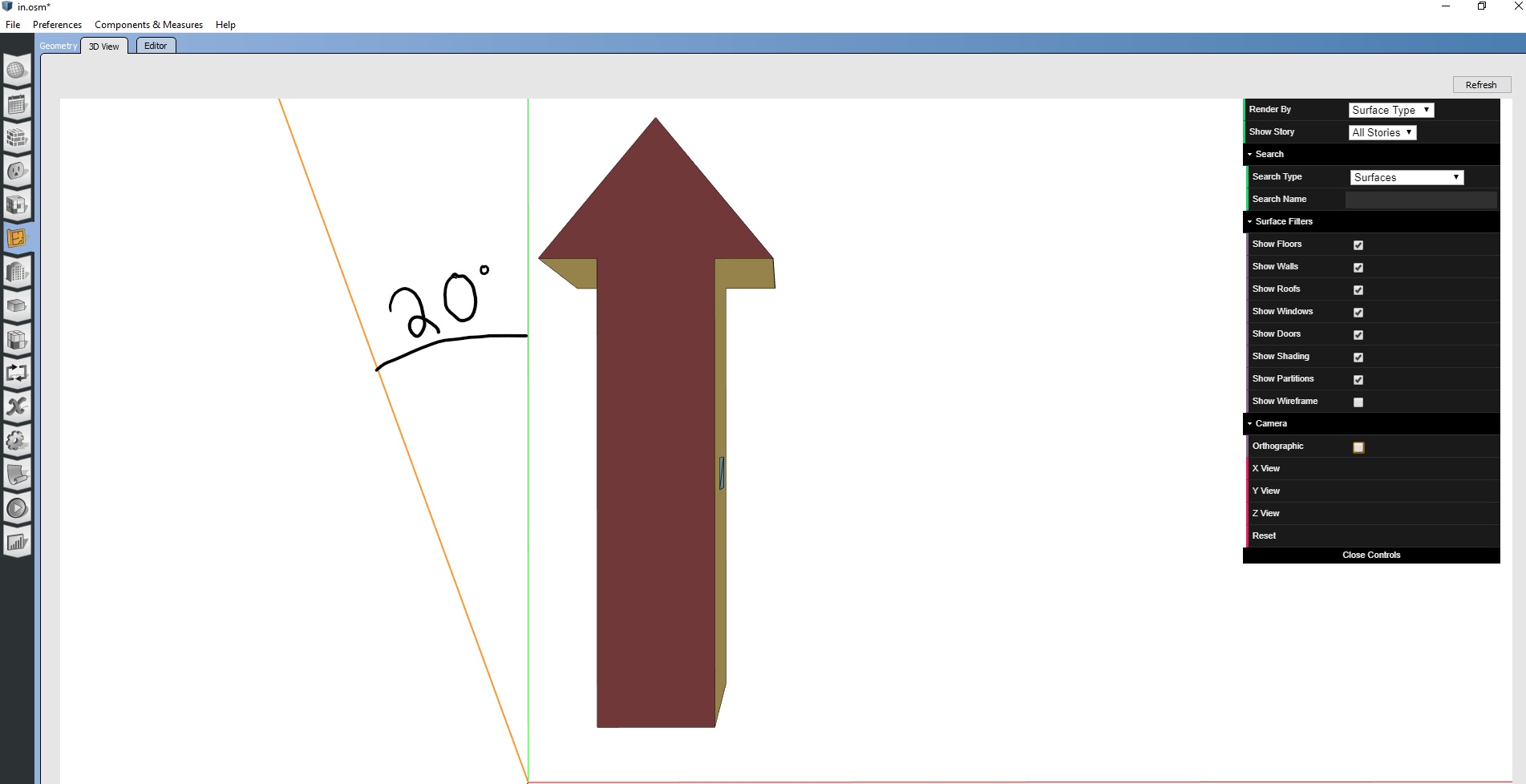