How to categorize a room as occupied vs unoccupied in drawing.tool

Written by Jayati Chhabra
Updated over a week ago

When running an analysis related to the indoor environmental quality it is crucial to categorize all spaces as either occupied or unoccupied.

Why do we have space categorization?

Indoor environmental quality (EQ) features are designed to focus on the interaction between the occupants of the building and the indoor spaces in which they spend their time. This allows for key concerns surrounding the health and comfort of building occupants to be considered especially in the spaces they spend their most time occupying. For this reason, it is important to identify which spaces are used by the occupants, including any visitors (transients), and what activities they perform in each space. In building performance analysis, spaces should be treated differently depending on the space categorization.

With the introduction of the occupied vs unoccupied feature in drawing.tool, it's possible to categorize spaces according to the analysis you are trying to run. You can read more about them in the LEED Standards and ASHRAE 62. 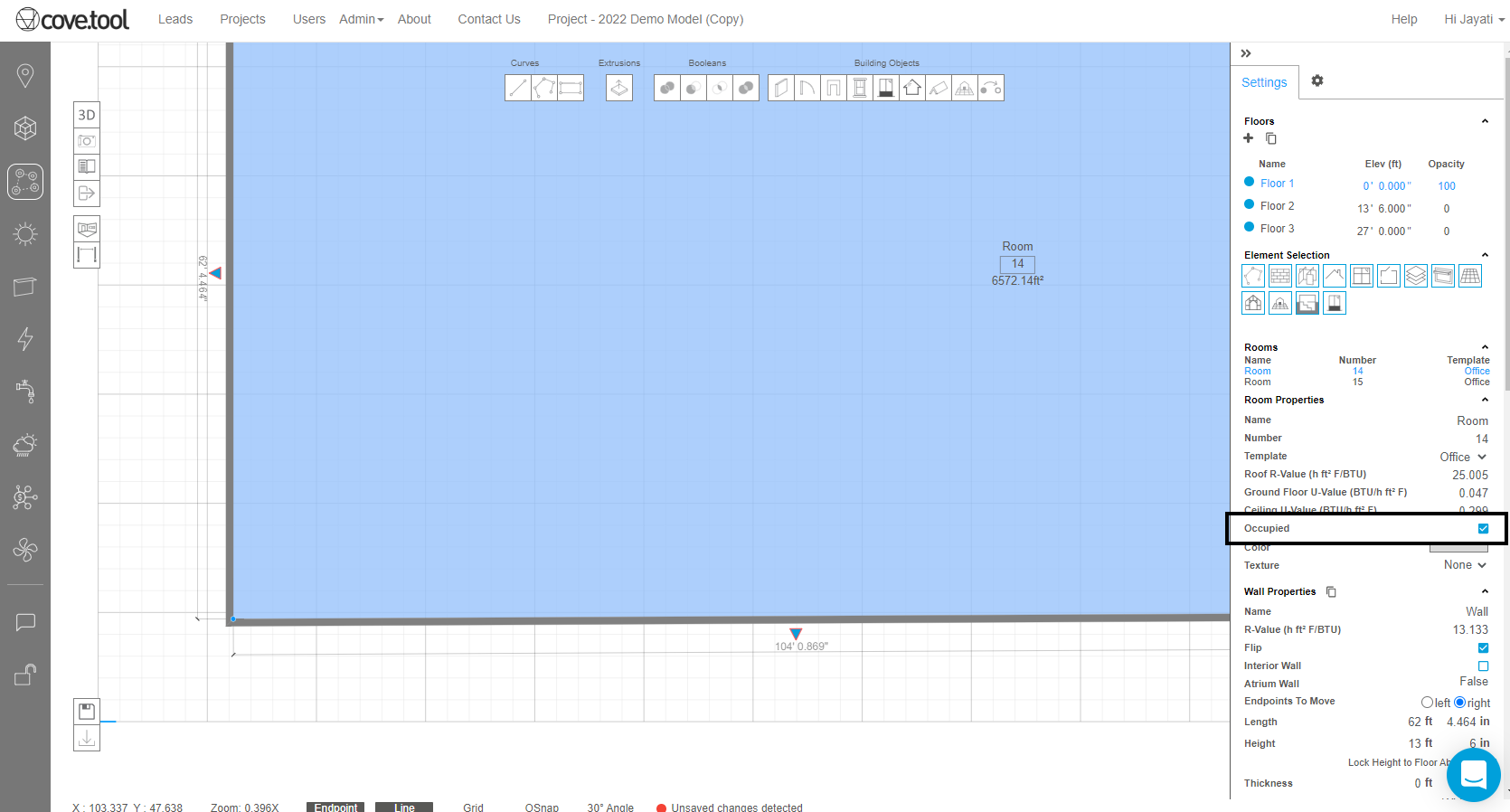