Installing Python and IfcOpenShell for BlenderBIM

This article walks through the steps of installing Blender, BlenderBIM, and the cove.tool add-on for first-time Python and BIM users. If you have Python installed prior to Blender and have no issues installing the add-on, then skip to the export tutorial. 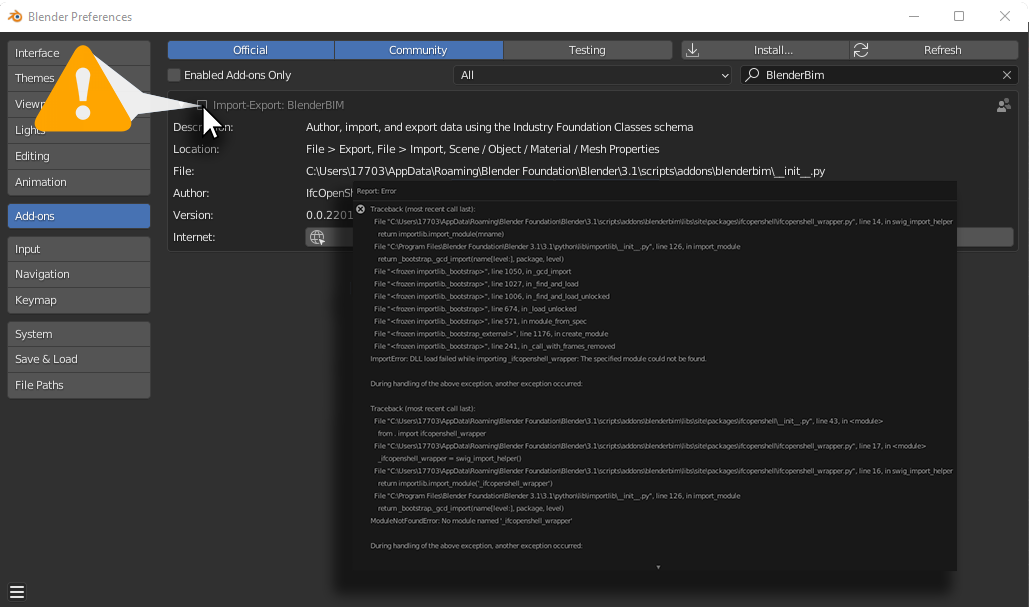 Blender and the BlenderBIM Add-on is free software that uses OpenBIM with Python to make BIM (Building Information Modeling) accessible to the wider industry. Because of its dependence on Python (Programming Language) and IFC (Industry Foundation Classes) packages, successfully installing the open-source platform might require multiple steps and older release versions to work.

Make sure to have the following software downloaded: