A Zone is a group of Rooms which share common internal conditions and external adjacency. Critically, each room within a zone shall have the same temperature set points as the zone will contain a single thermostat for controlling that temperature. In load and energy modeling Zones are used to reflect the intended grouping of rooms on to Variable Air Volume (VAV) boxes, Fan Coil Units (FCU), or other terminal units which will serve the group of rooms. By running simulations with these rooms grouped, the coincident peak is reported for the zone allowing for right sizing of equipment.

If no zones are created or assigned to air systems in a project, a zone will be automatically created for each room of the model. The results will be reported per zone and run using the 'Ideal Air Loads' system within EnergyPlus.

To help organize the large amount of data that goes into the building analysis model of a project a simple data hierarchy is used to show connections between types of elements. Here are the rules that pertain to zones: 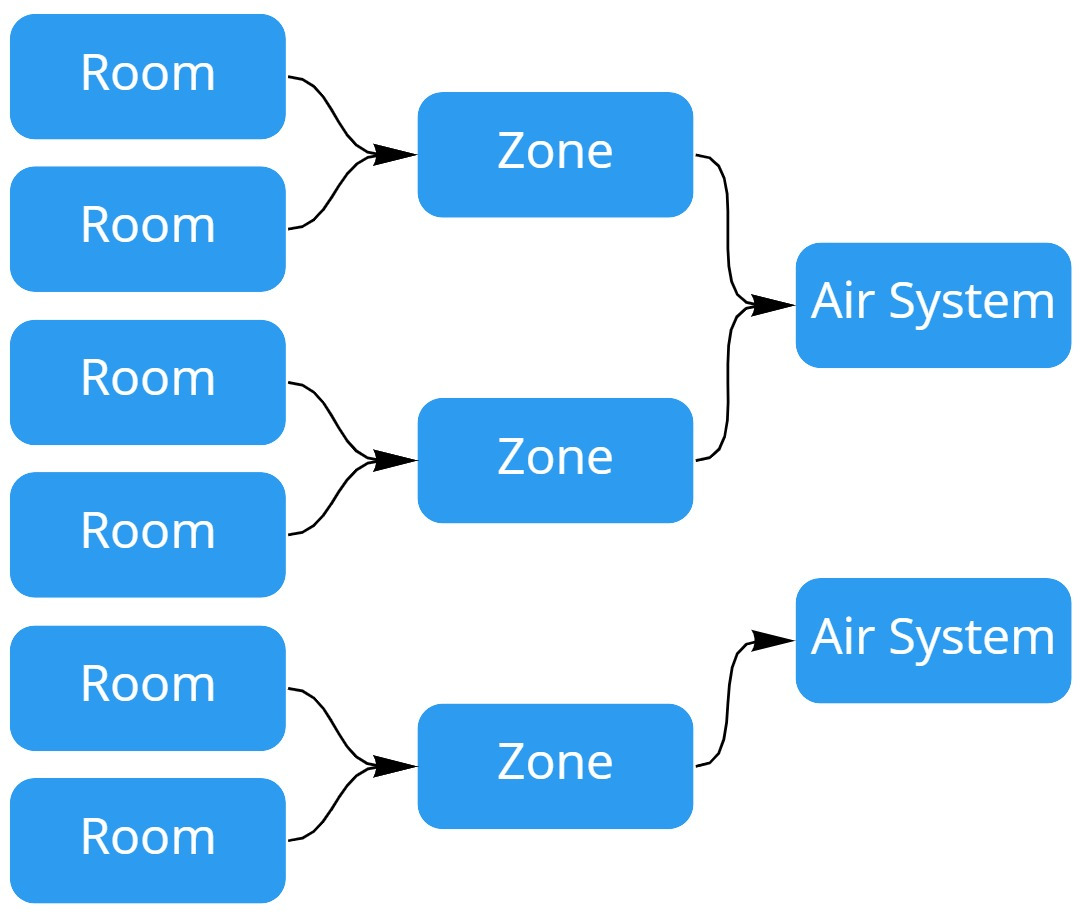 It must be noted that rooms grouped as a zone, have a shared thermostat. In a situation where a room with different cooling and heating setpoint is added to a zone, an error prompt will appear on the screen, informing user of mismatching setpoints. The room with mismatching setpoint will then get unassigned from selected zone in order to maintain the logic requirements within each zone.