All Collections
Certification, Codes, & Standards
Standards
How to report a cove.tool project to an existing 2030 ddx project?

How to report a cove.tool project to an existing 2030 ddx project?

User: I want to import the projects we currently have in the 2030 DDx to cove.tool, please let me know the best way to do this. 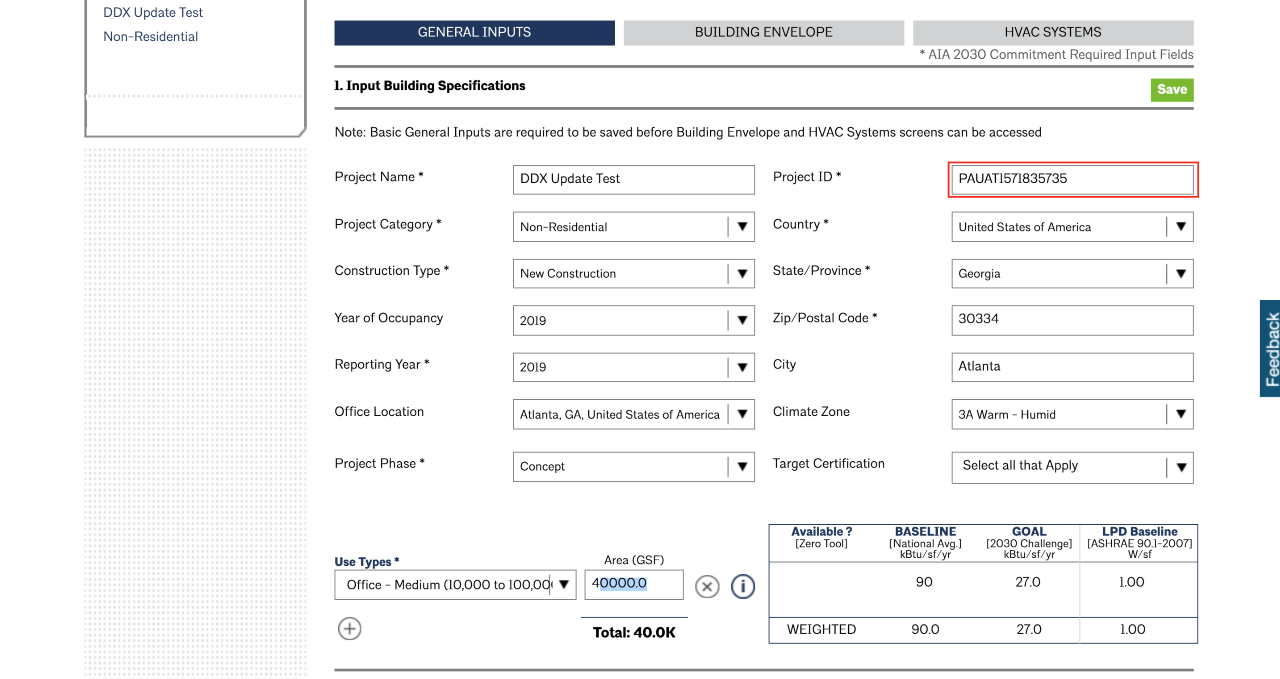 Step 2: To sync the projects, click the Update 2030 DDX button from the Baseline Page. That's the step which will link your cove.tool project to the 2030 DDx Site. Image below.

Below is a list of all information that is transmitted from cove.tool to 2030 ddx: