FAQ - How to use the Small Room Rapid Prototyping Facade Tool

A major feature in cove.tool's arsenal is the Facade Guidance Tool for Daylight optimization. This feature allows users to rapidly prototype shading configurations for each orientation without requiring it to be modeled in a 3rd party platform, first.

The feature works best as the first step in a multi-step process. This rapid style analysis tool is key to testing dozens of strategies quickly and identifying where, when, and which strategy to carry forward in detailed model simulation such as the Full Floor Plate Daylight analysis. Also, check out some of the case studies here which illustrate how the Facade Guidance Tool was used to identify the best facade configuration (below image taken from the Impact of Context on School of Public Health Project). 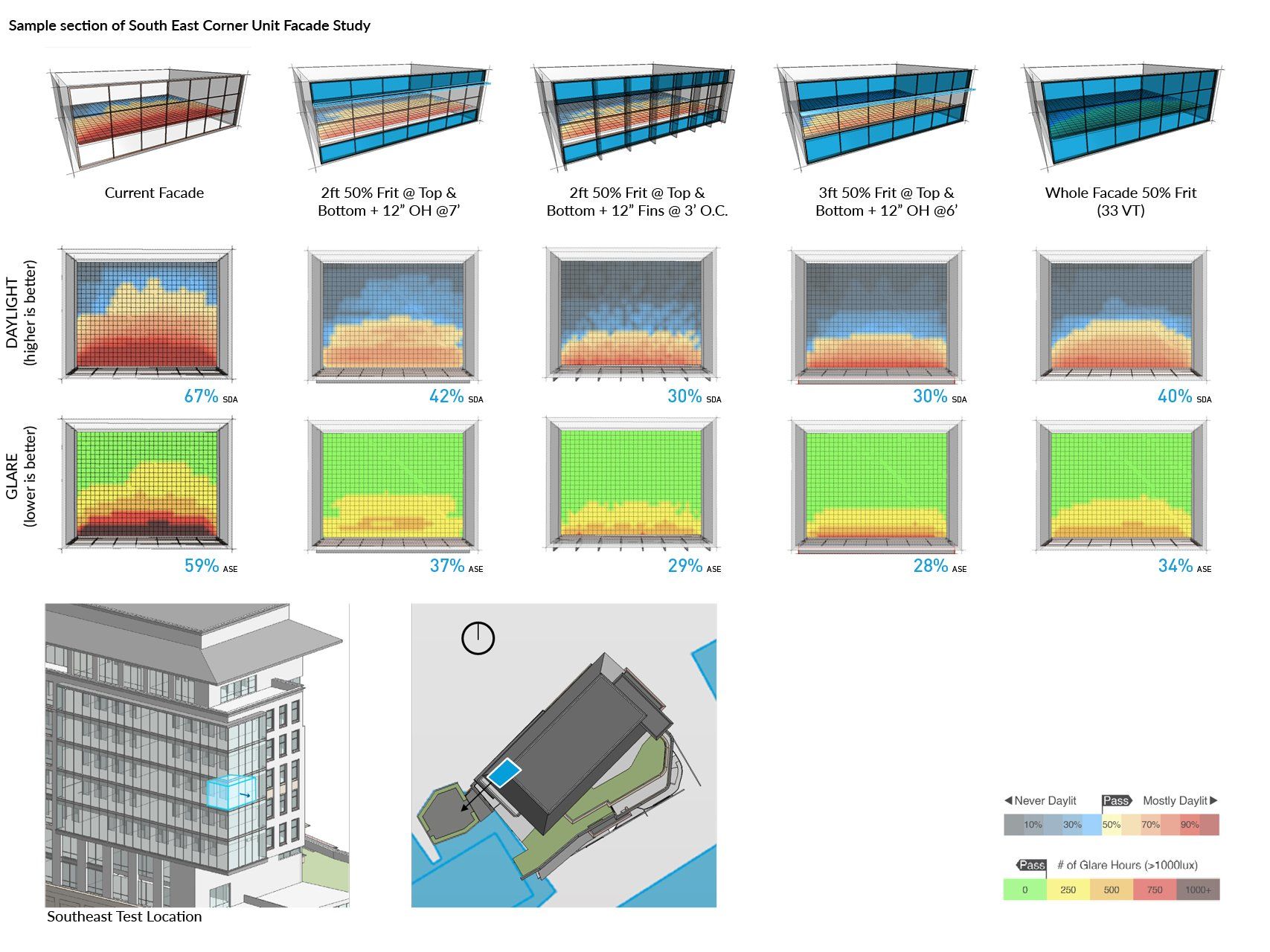 This article covers how the facade guidance feature works, its relation to your full building geometry and energy results, and best practice tips on identifying the best facade configuration for your project.

How to get to the Facade Tool?
After starting a new project and entering geometry (manual or 3D model), a user can click on the facade button (window with overhang icon) to enter the facade tool. Each facade orientation (N,NE,E,SE,S,SW,W,NW) with glazing will create its own custom shoe-box model to begin with. This shoe-box model replicates your project's glazing percentage and sky domes. The façade guidance feature will calculate and display the sDA and ASE as the facade changes and new configurations are explored. To learn more about the technical assumptions for daylight calculation, check the section Determining sDA% at the end of this article. This tool also allows for control over the window sizes and placement, addition and customization of fins, overhangs, obstructions, and glazing's visual transmittance value. The interface and feature capabilities are broken down below. If you want to see the impact on your building's energy use (EUI), just make sure manual-mode is active and click the Save & Continue button. Energy results will appear on the Baseline page. 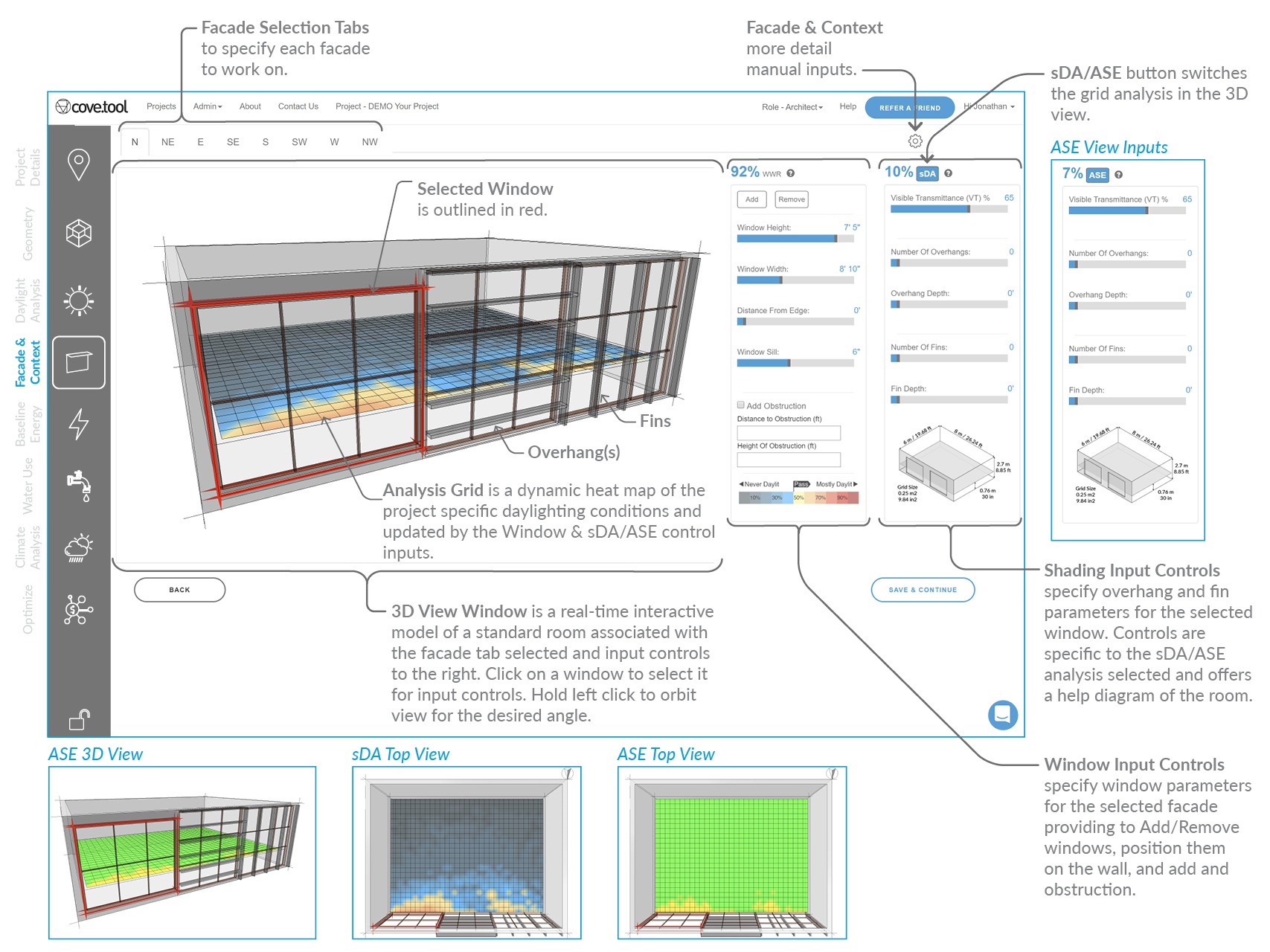 Determining sDA% and ASE%: Assumptions and Methodologies
Cove.tool uses user-defined Envelope Geometry, the ASHRAE Standard 140, LEED v4 Reference Guide, and the IES LM-83 to determine the daylight calculations and methodology. See below to learn more about each facade analysis assumption and calculation method. 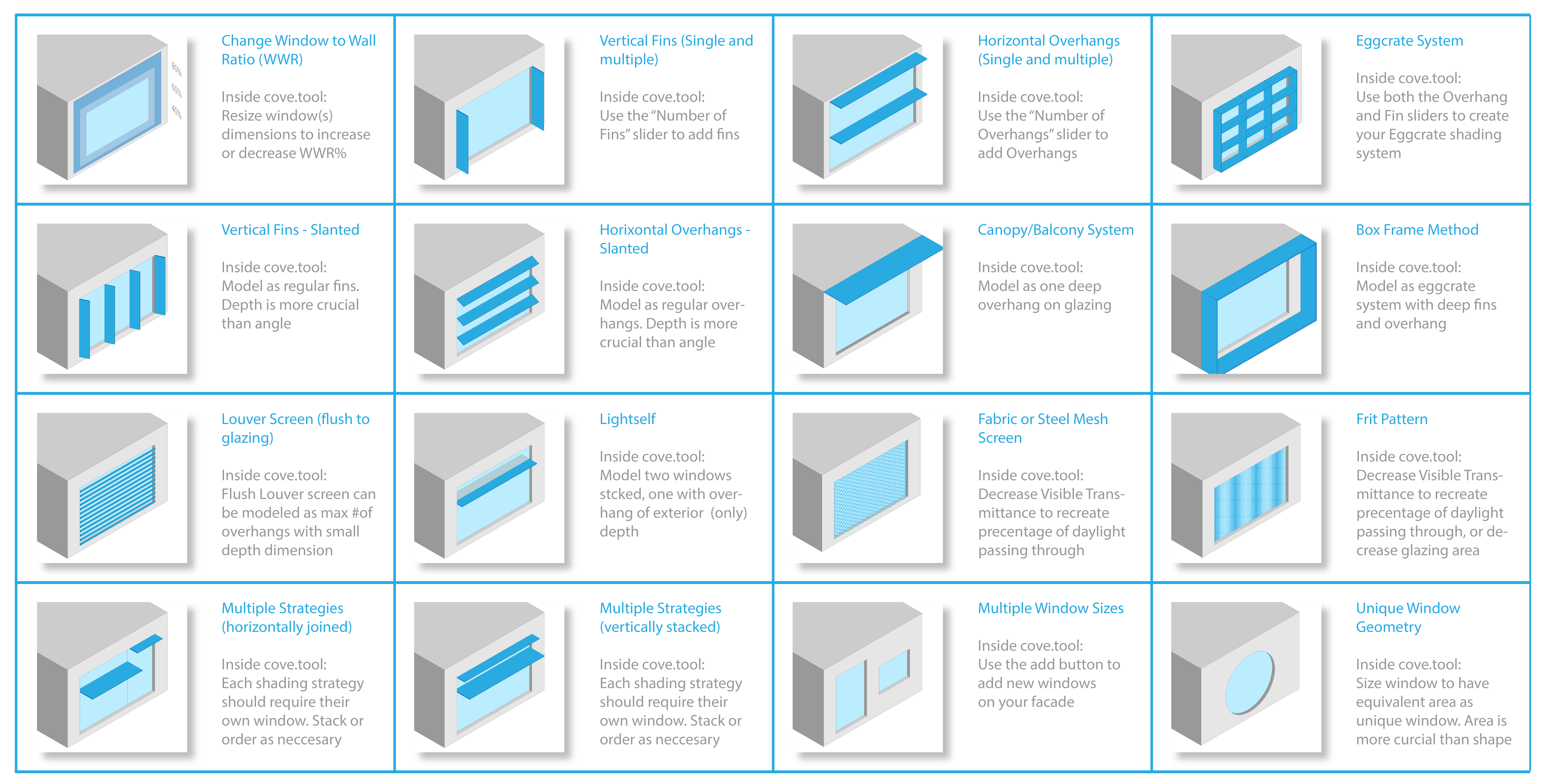