All Collections
Modeling Best Practices
Geometry Overview
How do the Plugins know which direction is North? How can I check?

How do the Plugins know which direction is North? How can I check?

HOW DO PLUGINS FILTER OBJECTS INTO DIFFERENT DIRECTIONS
The plugins use a geometry's front-face/back-face property to determine the orientation and categorization of the area data. Once inside the Daylight page, users will be able to identify the Daylight Page's North direction by locating the blue vector on the grid plane which is the 3D Visualizations North arrow.

HOW TO CHECK ORIENTATION
To make sure your model is oriented in the correct orientation, all cove.tool plugins will default to the same method. North will typically match the top of the screen in a model's “Top View”. Depending on which modeling software you are using you can also try these methods to check your building's orientation;

HOW TO CHANGE THE NORTH DIRECTION OF MY PROJECT
Users can change their North Direction with the following tips. 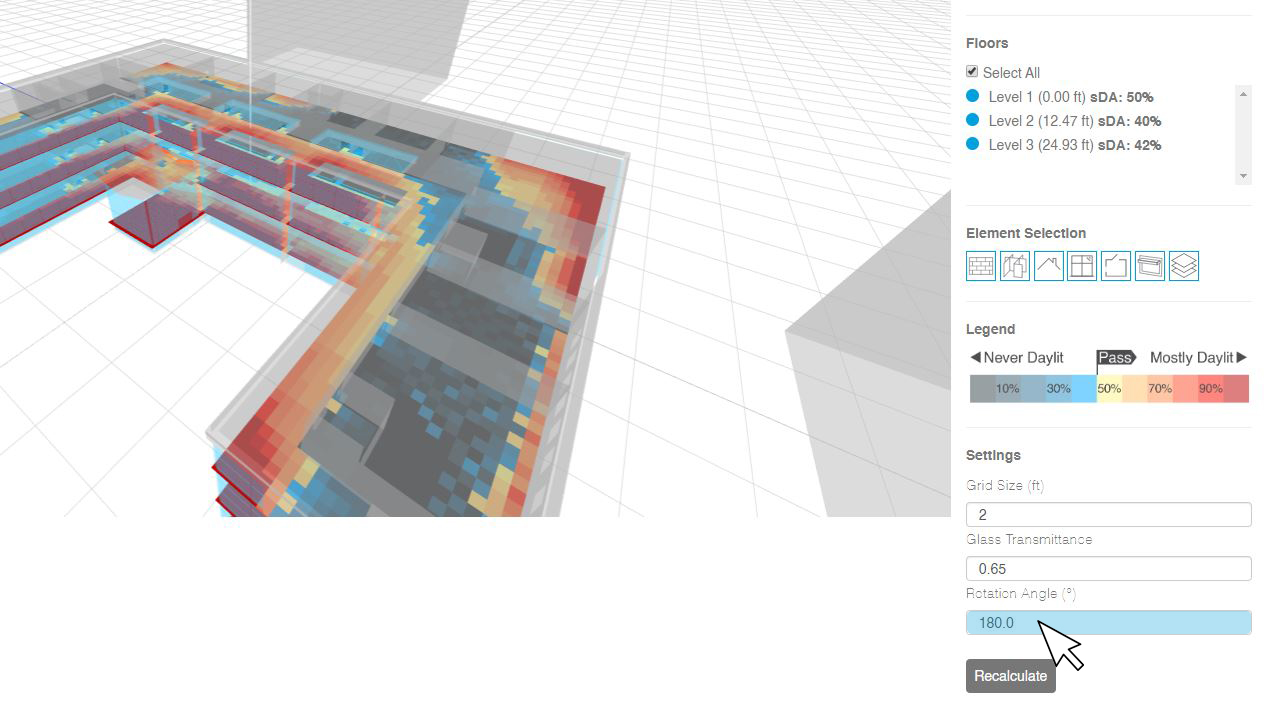