Jump to your condition:

1. Unable to display the Project list after entering cove.tool credentials

(User) I can't see my list of projects on the GH file after I log in with my username and password, I have checked my spelling and everything looks correct, can you help?

(Response) If this issue occurs in Rhino 5 or 6, it may be due to older versions of the install packages not containing a compatible IronPython file. The IronPython package, s the primary link between connecting Rhino (locally on your machine) to the cove.tool app(online/in the cloud). The solution is to delete the existing local file and download a new version from IronPython's Github page. Follow the steps below to reconnect your Rhino/Grasshopper projects to cove.tool. Make sure to have Grasshopper and Rhino closed while attempting to install a new IronPython file, once you are done restart your project and you should be good to go. If the issue occurs in Rhino 7, contact the support team via intercom (blue circle, bottom right-hand corner). 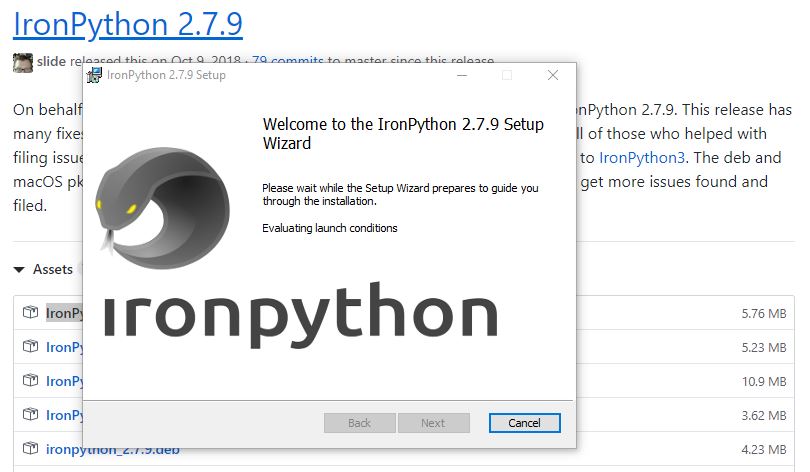 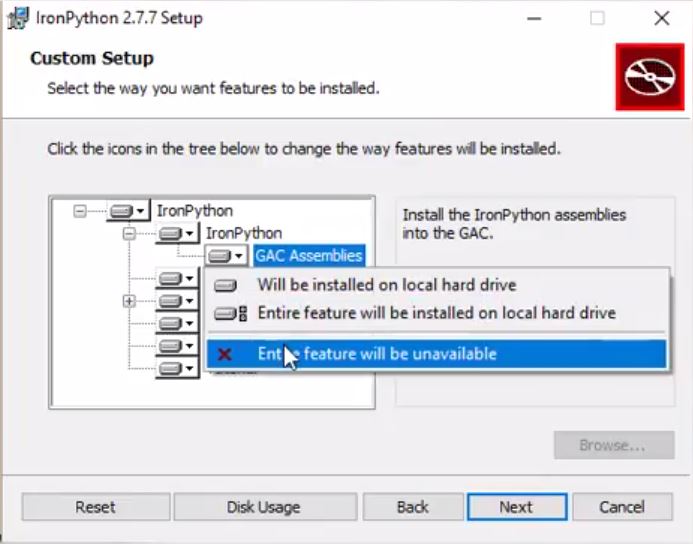 (User) How does cove.tool differentiates Wall Area (e.g. South façade wall) and Envelope Area (South façade envelope)? Although the True-North-facing façade in Rhino Grasshopper is facing upwards, for some reason, cove.tool is understanding it the opposite way when I check the exported values inside cove.tool's geometry page.

(Response) The cove.tool grasshopper plugin uses a property-tag front-face/ back-face of each plane to determine the cardinal orientation of each surface. For Example, a surface's area will be filtered into the category of the direction that its front-face is facing (FYI, this is the same tag/property is used to apply materials on the surface). If area categories look incorrect, check your project for inverse-facing surfaces.

Once all your objects have been correctly orientated,  try the grasshopper script again and your surface areas should fall into the correct cove.tool geometry category. 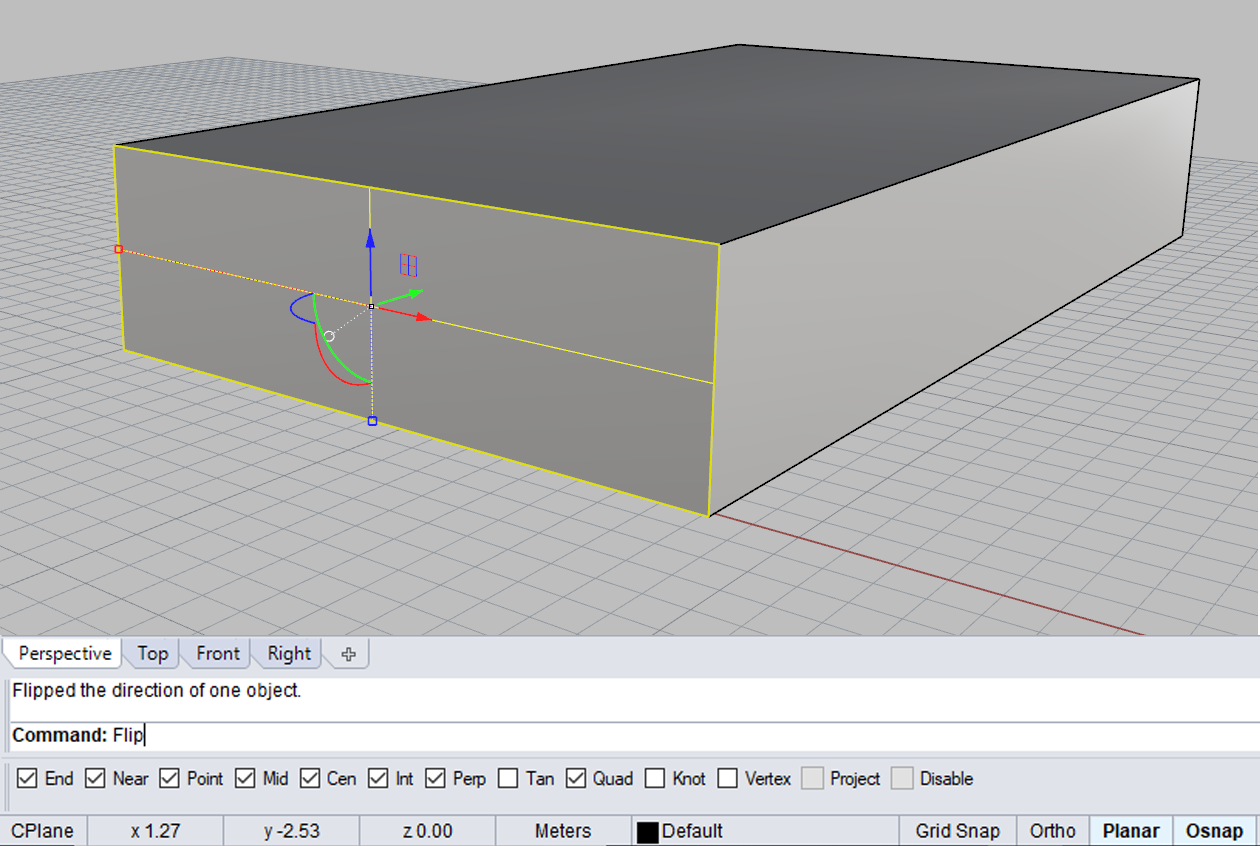 (User)  I've logged into my cove.tool account in grasshopper, but after setting building height for one of the buildings, it did not refresh as the tutorial showed, same goes for the roof area and floor area? why isn't it loading into cove.tool?

(Response) In order to export your geometry to the correct project, you need to connect the Rhinoceros file to the correct cove.tool project with the 'Project Selector' slider. Once you have added both your username and password, the 'Project List' panel in Step 2 will populate with all the projects in your cove.tool account (names will show in order to create, i.e. most recent project should appear at the bottom). Next,  link your Rhinoceros File to your cove.tool project by setting the 'Project Selector' slider to select the project's number as it appears in the Project List (see below).

Users can also check which project their grasshopper script has been connected to, by looking at the ID# in the panel following the Project Slider and comparing it to the project ID# seen in the URL address of their cove.tool project (Example below) 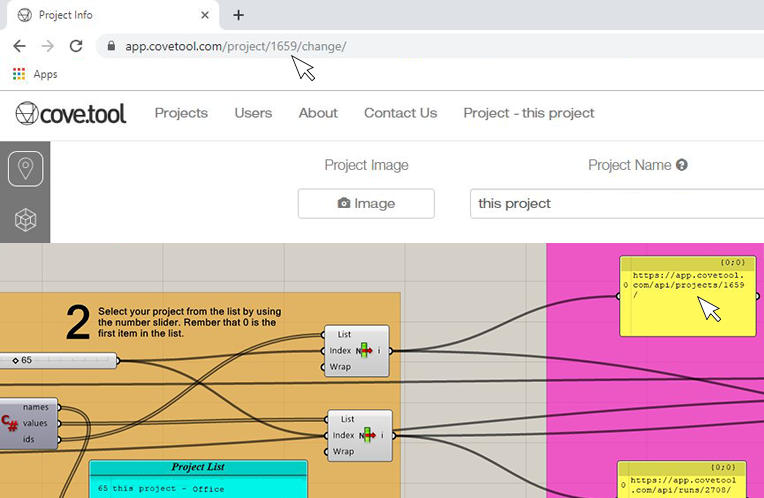 (User) I added the walls [and/or windows] to the surfaces box as shown in the tutorial, then a box turned red [or orange], what does that mean? 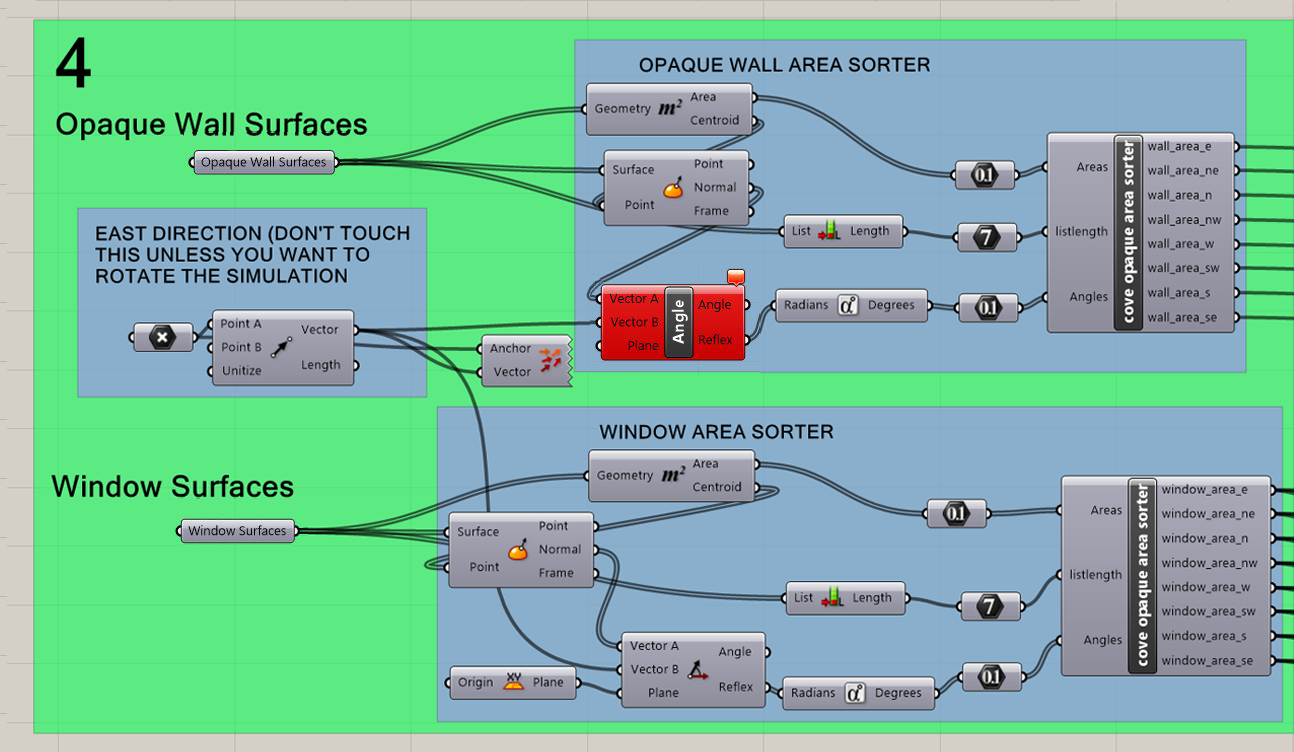 (Response)  One red and/or orange box is a common sight in grasshopper. As long as the error does not spread beyond the second row, you can continue exporting. These colors in grasshopper are used to identify when the command is struggling with processing the inflow/outflow of information. In this case, the error was likely caused by a non-single surface object, or highly complex surface plane falling into the geometry selection. A single error in the script will not halt the geometry data from exporting or cause an incorrect area export, so users can ignore the error and continue with their export. If a user would like to attempt to remove the error, then they can repeat the geometry selection step and make sure the selection only contains single surface objects that cannot be exploded further.

(User)  I added the walls after clearing the surfaces box's previous value and saw multiple red/oranges boxes. What does the red mean and orange mean?

(Response) Before anything else, try to reconnect your geometry again. Grasshopper can sometimes see certain bugs that are easily resolved by repeating steps twice to work properly. If it still doesn't work, then the error may be caused by the kinds of surfaces you are exporting. The cove.tool plugin can only collect area geometry from single surface objects. A grouped, polysurface, mesh, and/or linked surface object would be rejected and might prompt multiple errors in the script. Users are recommended to check exporting parametric architecture with the Grasshopper plugin article to simplify their geometry. As a quick summary, explode/convert all envelope objects to single surface planes. Also depending on how much use and ware this file has had, it might be best to start again with a new grasshopper file and repeating the steps. While being a powerful platform, Grasshopper can sometimes be temperamental. A new script can be downloaded from Food4Rhino.com/app/covetool.