Federal Emergency Management Agency (FEMA) defines the building codes as the sets of regulations governing the design, construction, alteration and maintenance of structures. The building codes specify the minimum requirements to adequately safeguard the health, safety and welfare of building occupants. A general understanding of building codes helps all parties involved in design and construction understand the specific requirements involved in compliance, preventing errors, delays, cost overruns and most importantly, ensure public safety. There are typically two main pathways for compliance  – Prescriptive Path or Performance Path.

The prescriptive path requires each element of a building to meet a minimum acceptable value listed out by the referred energy code. Generally, the prescriptive tables present a specific insulation value for different type of wall and roof construction across different climate zones. The table also presents minimum SHGC and U-values for glazing and skylight based on different climate zones.

The typical process while following the performance path involves building the virtual model of the project to predict energy usage against an acceptable baseline. The performance path allows the designers to make trade-offs between various components of the building envelope and the various systems used to for heating, cooling and lighting. For example, if the roof has a thicker insulation than the minimum value listed in the energy standard, it might allow for the project team to have less insulation for walls or windows.

Typically, in the early stages of design when even the geometry of the building is not fixed it's a great idea to start with the prescriptive inputs for various building components such as wall, roof, glazing etc. to achieve project compliance. Below, is a version of the MacLeamy’s curve, a well-known ACE concept which best demonstrates how shifting decision making in building design early into the process leads to great benefits in building performance and cost. 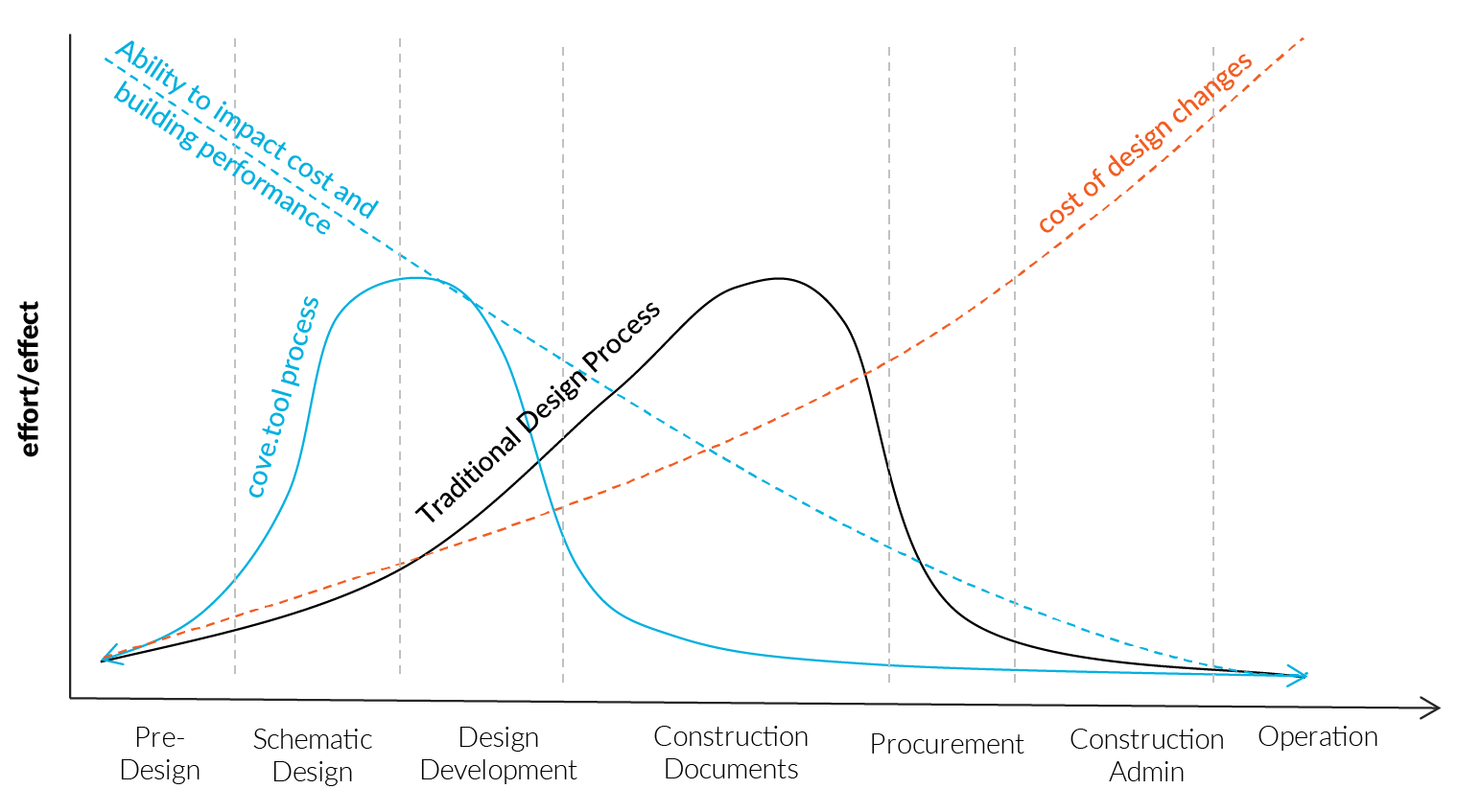 Cove.tool loads the prescriptive values for various parameters based on the energy code selected by the user.  Following is the list of energy codes supported by cove.tool: