The BC Energy Code assigns a rating, from poor to efficient,  based on the range of thermal transmittances between similar types of details for the glazing. The visual summary is shown in the picture below from the Building Envelope Thermal Bridging Guide.

Cove.tool calculates the impact of different performance categories for different glazing transitions. This is valid input only for project locations in British Columbia, Canada. 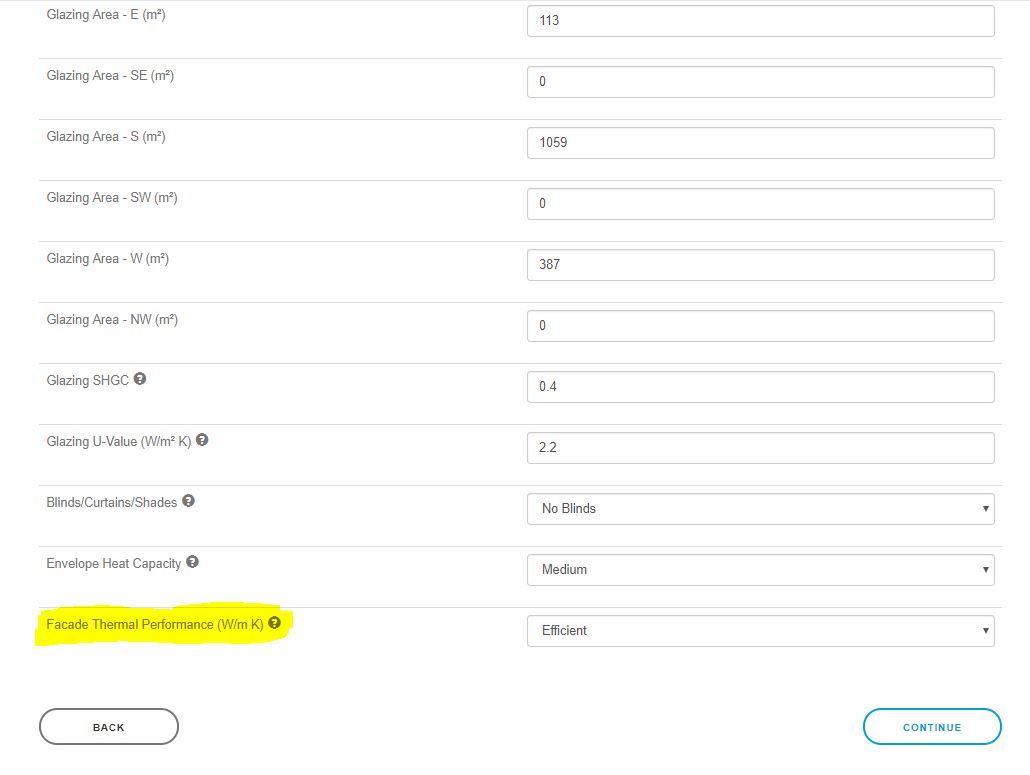