The national calculation methodology (NCM) for the Energy Performance of Buildings Directive (EPBD) is defined by the Ministry for Housing, Communities, and Local Government (MHCLG) in consultation with the Devolved Administrations(DAs). The NCM activity database classifies the building types into following categories: 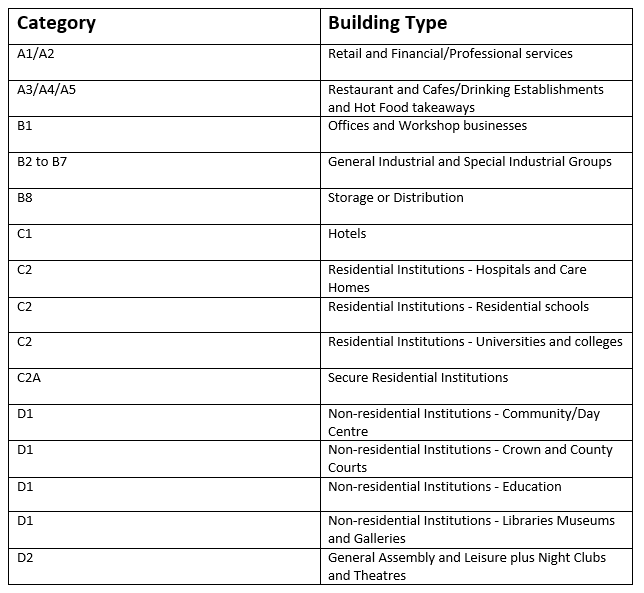 Covetool automatically select the energy code 'UK NCM' when project is located in United Kingdom (The user has the ability to manually switch to a different code). 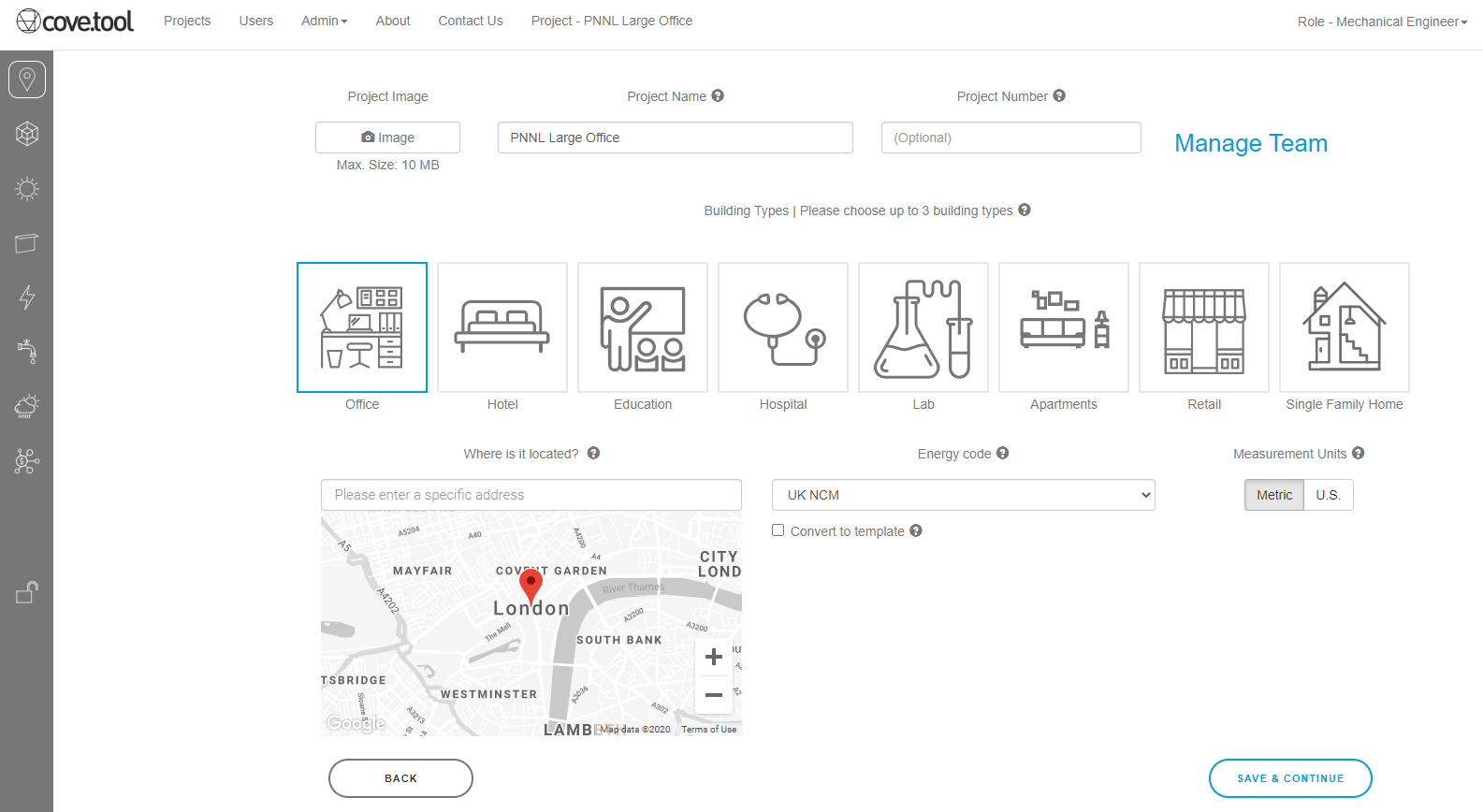 The default envelope values in covetool are referenced from 'Table 3 Limiting Fabric Parameters' of Approved Document L2A as shown below:

Here's an example of an Office building's automated envelope inputs in cove.tool: 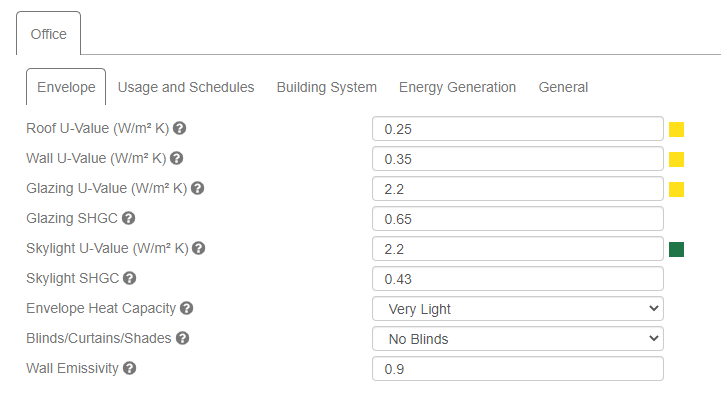 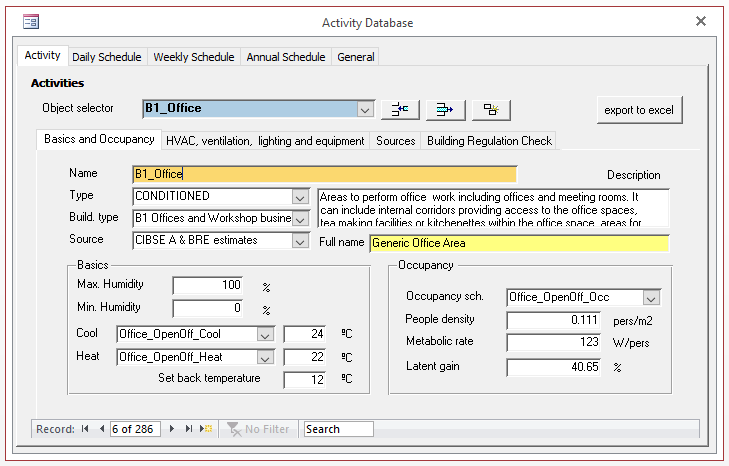