Air Change Rate is a measure of the air volume added to or removed from a space divided by the volume of the space. The infiltration calculation assumptions are based on the EN 15242 standard.

Cove.tool is referring to the EN 15242 Annex B Table B.1 for a pressure difference of 4 Pa. The Air Changes per Hour can be edited via 'Baseline Energy' > 'Building System'.

The automated values of Air Changes per Hour(ACH) are loaded in cove.tool after calibrating the model with respective Pacific Northwest National Laboratory (PNNL) building prototypes. In rare cases, where the building envelope is really tight, the ACH value may vary from 0.1 to 0.6. Also, the positively pressured buildings will typically have some infiltration associated with it, so a 0.1-0.3 value would be a fair assumption.

Understanding HVAC Concepts
ACH is the measure of Air Infiltration, which is the unintentional or accidental introduction of outside air into a building, typically through cracks in the building envelope or through uses of doors, passages, window, and more. Infiltration is also sometimes called air leakage. Infiltration is caused by wind, negative pressurization of the building, and by air buoyancy forces known commonly as the stack effect. In typical modern U.S. residences, about one-third of the HVAC energy consumption is due to infiltration. Another third is to ground-contact, and the remainder is to heat losses and gains through windows, walls, and other thermal loads. As such, reducing infiltration can yield significant energy savings, with rapid payback. 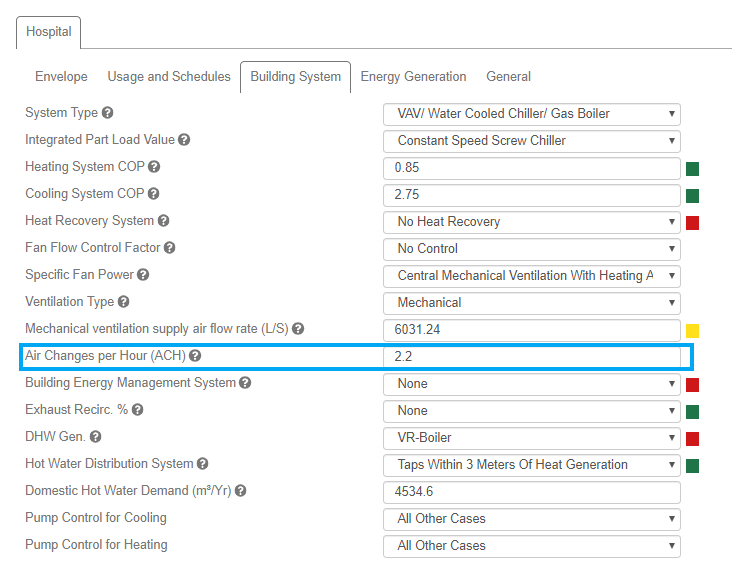